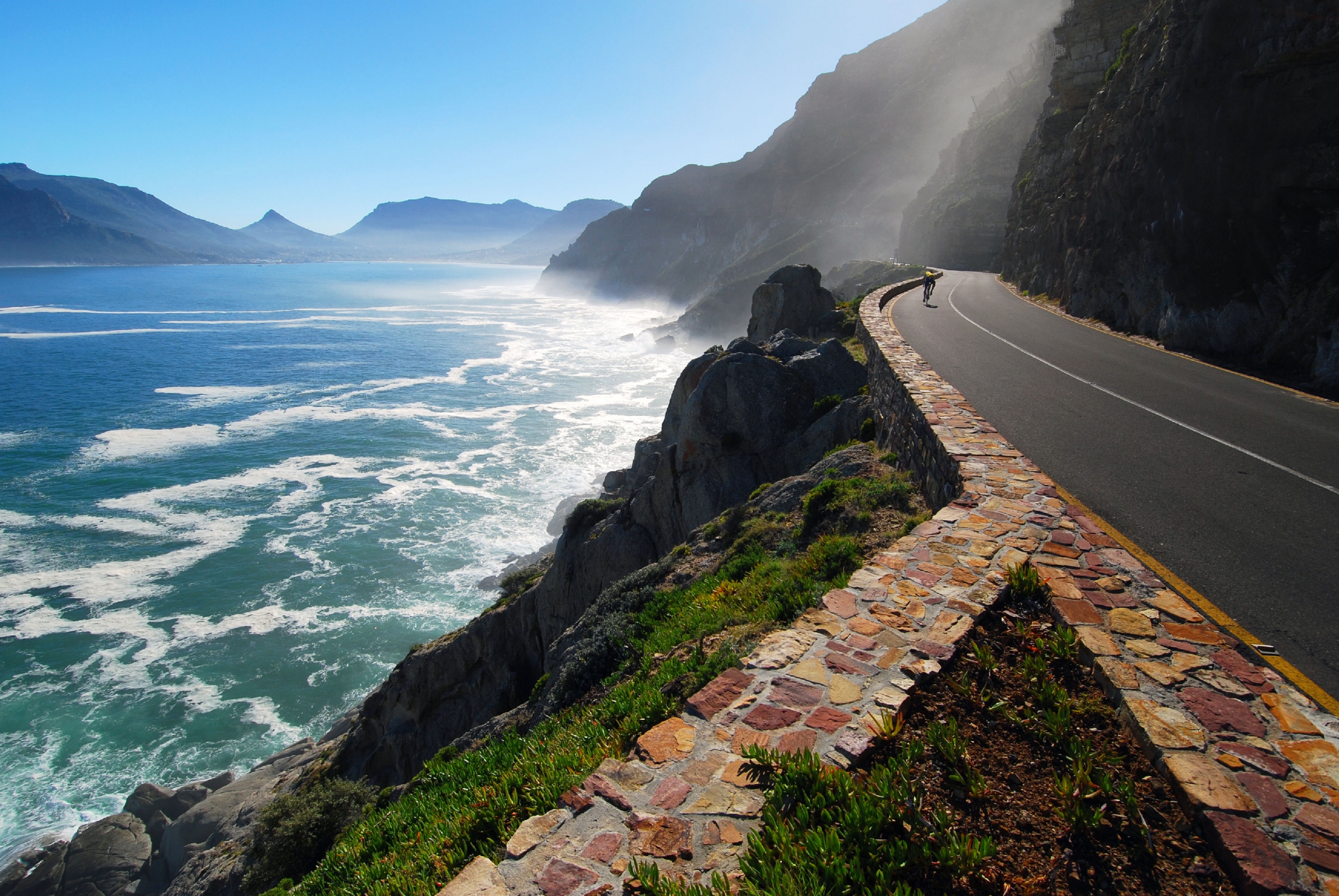 Scenery, wildlife, and a unique culture—this land has it all, as you’ll see on our bike tour through South Africa.

Stunning Wilderness and the Big Five

Lush coastlines, rugged mountains, vibrant cities, and some of the best wildlife watching in the world. Discover the beauty of South Africa, and the thrill of seeking out its famed lions, leopards, buffalos, elephants, and rhinos.

View All South Africa Tours Talk to an Expert

Our Bike Tours in South Africa

View All South Africa Tours
Choose Your...
Clear All Filters

Our Bike Tours in South Africa

Starting from 10 days at

Scenery, wildlife, and a unique culture—this land has it all, as you’ll see on our bike tour through South Africa.

South Africa is many things: sandstone mountains, brilliantly hued gardens, rolling hills cloaked in grapevines, vibrant townships, family-run wine estates, and the cosmopolitan flair of Cape Town. From the heights of Table Mountain with its stunning views of the Cape Peninsula to the rugged red landscapes of Little Karoo, the blooms of the world-famous Kirstenbosch Botanical Gardens, and the scenic roads of the Garden Route, VBT’s bike tours in South Africa reveal the country’s staggering magnificence to you on two wheels.

At Boulders Beach, penguins waddle among massive stones. As you reach the crest of Meiringspoort mountain pass, black eagles soar above you on warm thermals and springer antelope leap from rock to rock. In Oudtshoorn, the feathery residents of an ostrich farm greet you. If you’re feeling adventurous, head to the nation’s first game reserve, Kruger National Park, to seek out the Big Five.

Discover centuries of cultural influences, from Dutch-flavored Oudtshoorn to the “French Corner” of Franschhoek, settled by farmers who emigrated from France and brought their winemaking traditions with them. Ascend Table Mountain by cableway. Hike among the forests of Tsitsikamma National Park or swim in the Indian Ocean. Enjoy a wine-tasting and kick back at a traditional braai (barbecue). VBT’s bike tours in South Africa help you experience it all.

The term “Big Five” was coined by hunters to describe the five most difficult animals to hunt in Africa. On a VBT Adventure, we track these famed animals—lions, leopards, elephants, rhinos, and water buffalos to photograph them and simply revel in their presence. There’s nothing quite like seeing these powerful creatures in the wild.

In the simplest sense of the word, braai is a synonym for barbecue. But any South African will tell you that this widely observed custom is so much more than that. A braai (pronounced like “fry”) is a social event that brings friends and families together to enjoy food cooked over an outdoor fire. Join local hosts to partake in this beloved staple of South African life.

of reviewers recommend this tour

I thoroughly enjoyed my trip to South Africa including the pre-trip to Kruger, a highlight for sure. We had plenty of cycling, great food, wonderful accommodations and great support from the VBT guides and drivers.

The guides were the highlight of the trip. Their knowledge of South Africa and their palpable love of their country made each day an amazing, life-changing experience. The scenery on the bike rides was incredible and the cultural experiences were unforgettable. I fell in love with the country and its people and was sad to leave.

Discover the Strange World of Fynbos and the Cape Floral Kingdom

Amidst all the majesty and grandeur of the Rainbow Nation, there are delicate details to behold in the Cape Floral Kingdom – one of the world’s most fragile ecosystems and...

All About South Africa Wine Country

Less than fifty miles from Cape Town lies the small town of Franschhoek. Nestled between mountains in a lush and fertile valley, Franschhoek is considered by many to be the heart of South Africa's wine country, and has become a world-class destination for travelers with gourmet tastes....