Close
Home
Blog
The Sweet Story of the Belgian Waffle

The Sweet Story of the Belgian Waffle 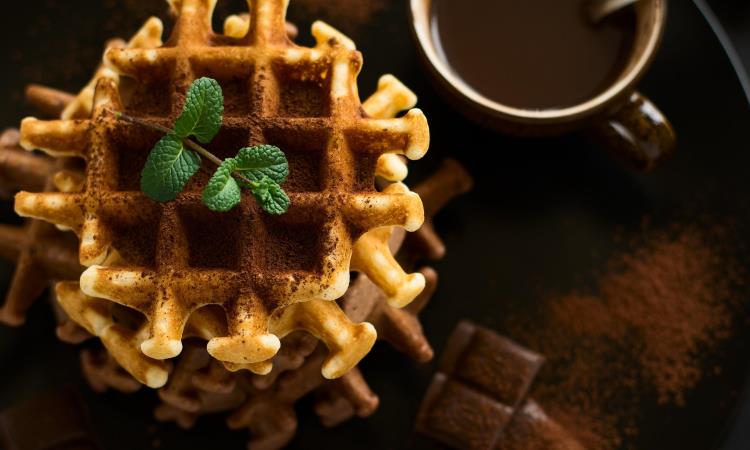 Unlike waffles in the U.S., waffles in Belgium (and throughout Europe) are street food. With their denser dough, delectable sweetness, and sophisticated, minimalist approach to toppings, these sweet snacks are enjoyed on a lunch break or as fuel for running errands.

Let's take a closer look at the fascinating history of the Belgian waffle:

Waffles through the ages

The history of the Belgian waffle is incomplete without mention of the ancient origins of the waffle itself. In ancient Greece, chefs would cook flat cakes known as obelios, according to The Oxford Encyclopedia of Food and Drink in America. These flat cakes received religious ornamentation in the Middle Ages, when chefs would use honey and cinnamon to depict Bible scenes or family crests on these proto-waffles.

In the 18th century, waffles took on a sweeter quality, with more butter and sugar incorporated into their recipes. It was then that one of the two main types of Belgian waffles was created: the Liège waffle.

Legend has it that the Liège waffle was invented when the Prince-Bishop of Liège, a city in the Belgian region of Wallonia, asked his cook to create a pastry made with lots of sugar. The Prince-Bishop's sweet tooth paid off for the rest of us, because Liege waffles have become a mainstay of Belgian cuisine. Liège waffles are largely made with a special sugar, known as pearl sugar, which creates a perfectly chewy level of caramelization when cooked, according to HuffPost.

Belgian waffles are different from their American counterparts in two main ways: toppings and mode of eating. Belgian waffles often feature minimal toppings: a swirl of whipped cream and sprinkle of sliced strawberries. There is certainly no maple syrup, which is a very foreign concept for us Vermonters! They're also preferred on-the-go as a quick and tasty way to get your sugar fix.

Enjoy Liège and Brussels waffles on our Holland and Belgium Bike & Barge tour. Discover for yourself how wonderful it can be to dig into a fresh-baked waffle in the middle of some of the most beautiful cities on earth.