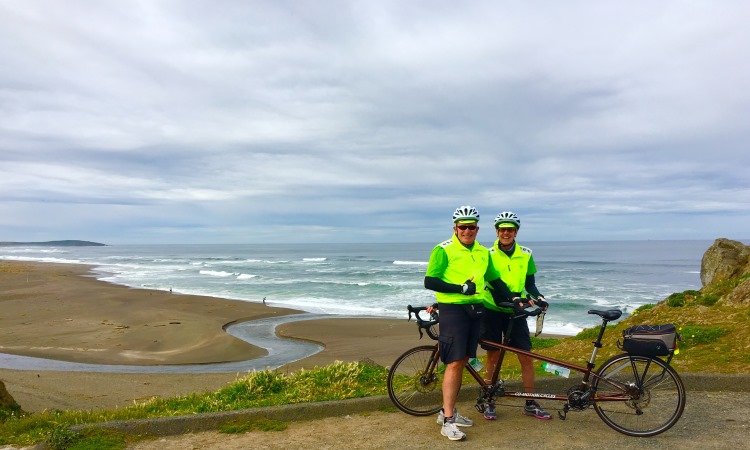 It never ceases to amaze us how dedicated some of our most-frequent travelers are to VBT. 2016 marks the 9th consecutive year that Jane D. and Joe B. have taken a VBT vacation, and sometimes they’ve done 2 trips in one year! We caught up with Jane after they returned from our California Wine Country and the Pacific Coast biking tour and learned all about why they love about active travel and some of their favorite aspects of traveling with VBT.

What about active travel appeals to you and how did you first hear about VBT?
Joe and I really just started to travel extensively in 2008 when Joe retired from 31 years of Naval service (I'm also a Navy retiree). Before VBT, we did one biking trip to France on our own and one Italy tour by bus and a London theatre tour and then our neighbors gave us a VBT catalog and we've been loyal to VBT ever since. We love biking(we've been riding a tandem for 20 years), swimming, hiking and exploring; and just couldn't imagine a vacation that kept us indoors—at least not until they have to wheel us onto the cruise ship with an oxygen tank and plant us in a deck chair! We like experiencing a country and its culture up close and hope to be able to stay active for a long time to come.

What is it about a vacation with VBT that keeps you coming back year after year? 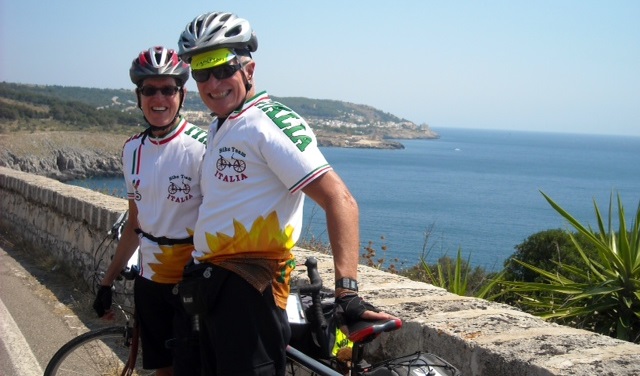 VBT has kept us coming back year after year because of the quality and variety of the tours, plus the expert guides and the overall convenience and value. It almost feels like we're dealing with family and we've made some wonderful friends through the years, both with tour guides and other travelers. The recent passing of [French VBT Trip Leader] Pascal Seffussati touched us deeply since he was such a gracious host on our 2010 biking trip in Provence. He literally gave me the "Mont Ventoux” bike vest off his back during a particularly cold and windy Le Mistral. Then he even went the extra mile to go to Mont Ventoux and buy 2 of the Mont Ventoux bike vests and mail them to us (we paid him, of course) as a memory.

We also like the ability to "make the trip our own." Joe is a much stronger biker than I am, especially when we ride single bikes versus tandem,  so Joe will hang back with me for the morning part of the ride, and then I usually take the van to the hotel for the afternoon and "set Joe free" to ride extra afternoon miles at his own pace. We like the ability to make a "group tour" fit our needs!

You've taken 14 trips with VBT over the years to places like Italy, Austria, New Zealand, France, Spain, and the U.S. What has been your favorite vacation 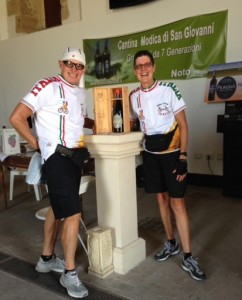 with us so far and why?
It always seems like the most recent vacation is the ‘favorite’ but our back-to-back Spain (Andalusia) and France (Dordogne) in 2014 was a delight. Spain's landscape, history, architecture, people, food, and wine were magical. It’s hard to describe riding through what seemed like an ocean of sunflowers and olive trees as far as the eye could see...MAGICAL!!  We sandwiched a week in Nice, France in between the 2 trips and added a day of private wine tasting in the Priorat region outside Barcelona during one post trip and 2 days of private wine tasting in St Emilion and Bordeaux during the other post trip. Joe and I are wine lovers and enjoy exploring the terroir of our favorite wines in the countries we visit.

We think it's important to incorporate cultural activities into our itineraries (like cooking classes, museum visits, wine tastings, home-hosted meals, etc). What is your favorite "off-the-bike" memory from a VBT vacation?
Although it wasn’t during an organized VBT activity, when we were in Sicily, we stopped by a field where workers were harvesting white zucchini. We took photos and even though they didn't speak English, they insisted we take a dozen zucchinis with us.  We stowed them on our bikes, took them back to the hotel and gave them to the chef who the zucchini to prepare appetizers for our dinner that night!  On the same trip, one of our guides knew we were wine lovers and showed us a local tasting room at a winery on our route that day. We stopped and tasted and bought a bottle of Nero d'Avola, which we took with us and shared that afternoon at our beach picnic.

You recently returned from our trip in New Zealand last December. What was your favorite aspect of traveling in the Southern hemisphere that you hadn't experienced during your European or U.S. vacations? 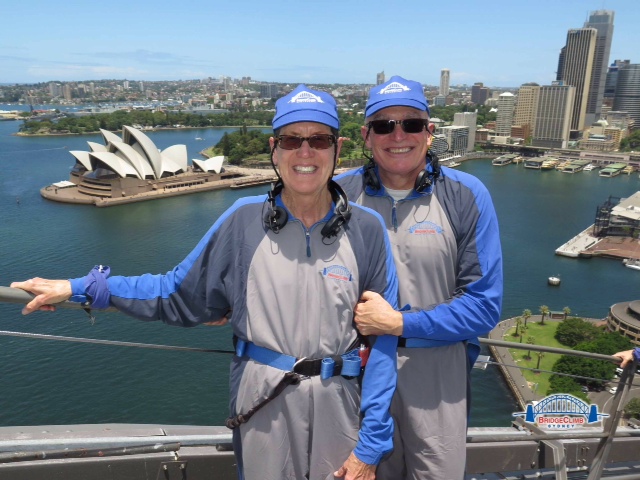 This whole trip was about celebrating Joe's 60th birthday and just the sheer distance of the trip made it a special experience. We spent Christmas week in Sydney, Australia and climbed Sydney Harbor Bridge on Christmas day. When we joined the VBT tour, we got to spend New Year's Eve in Christchurch, NZ, New Year's Day crossing Arthur's Pass to Hokitika on the wild, wonderful west coast of New Zealand's South Island. We hiked to Franz Josef Glacier and added a trip to Milford Sound from Queenstown for Joe's big 6-0. While we managed to remember to bike on the "other" side of the road, it was nice to speak English during the whole trip. Many friends have told us that NZ reminds them of the U.S. in the 50's and 60's and they're right, it’s a kinder, gentler life style.

Where are you thinking of going in 2017?
We've booked a wine tour to Chile and Argentina in Jan of 2017 and want to “wrap" VBT’s Chile biking trip around it. We’re also planning on biking South Africa in March 2017 and want to add a train trip from Victoria Falls to Pretoria after VBT's post trip in Victoria Falls. As I mentioned before, we love doing "breakaways" on our VBT trips and these little extras just seem to enhance the entire experience. We’re also considering a return to Spain for hiking in Basque Country and biking Costa Brava.